David first started training at his local Judo Club, in Bacup, England at the age of 7 and hated it.

Thankfully, two years later, he gave it another go and quickly fell in love with the sport.

After finishing university with an Honours Degree in Physical Geography, David started training full-time and this is when The Judo Way of Life was first created.

David was living inside a metal porta cabin at the back of a Judo Club in a small town in the north of England, where he and several others, trained 3-5 times a day 6 days a week (7 if there was any GB Squad training on at the weekend).

The Judo Way of Life started off as a way of sharing David’s training program and competition results at the time. 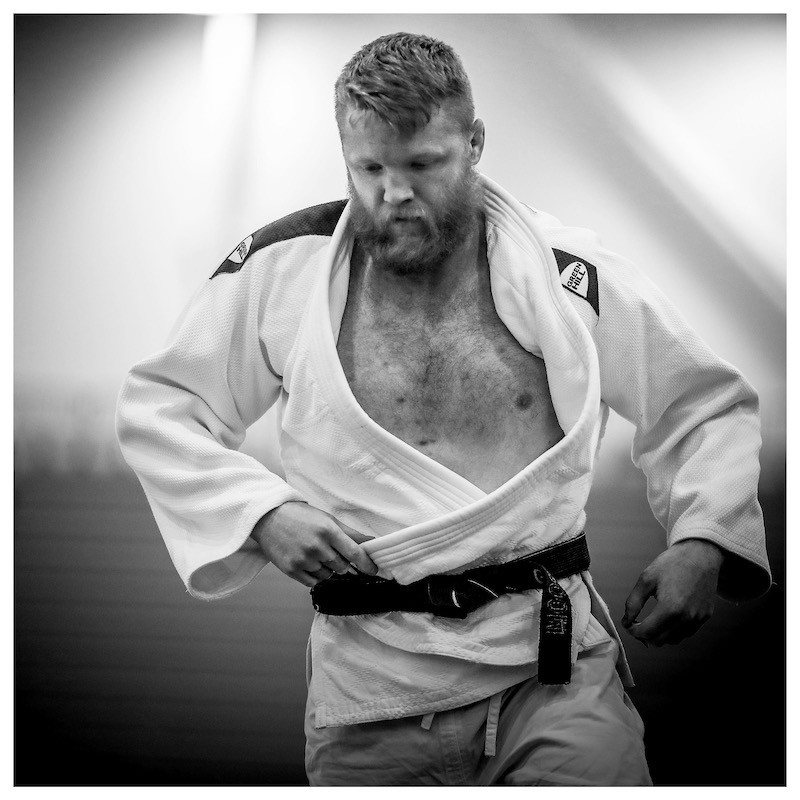 In 2015, David relocated to Sydney Australia, where he still regularly trains and occasionally competes, however, his focus has shifted towards coaching and mentoring of the next generation of Judoka. With this, The Judo Way of Life has also evolved into an educational platform, aimed at helping to make Judo more accessible to others.

David is currently a 4th Dan Black Belt in Judo and a Purple Belt in Brazilian Jiu Jitsu. He has been training in Judo for over 25 years and has 20 years of coaching experience. For David’s competition results visit: Judo Inside.

David initially started coaching under the mentorship of ex British Cadet Squad Coach Brian Moore. Gaining experience first at club level, he has gone on to coach regional and national level fighters. Through the development of a grassroots club in Manchester UK, working as part of serval Judo programs for Primary and Secondary Schools, and designing and operating a Self-Defence for Vulnerable Women for his local area David has extensive experience in coaching.

David currently coordinates the Junior Judo Program at Zenbu Judo Club, runs Strength & Conditioning programs for a number of the elite athletes, as well as 1-on-1 sessions for beginners right through to Australian Team representatives.

Alongside the physical nature of Judo and S&C Training, David has incorporated his passion for mental wellbeing and development of character, through his work on Emotional Intelligence and Mindfulness. David is a qualified Genos EI Practitioner, and runs regular group workshops and 1-on-1 sessions, for Athletes, Coaches and within Corporate settings to help people build a more positive life for themselves.